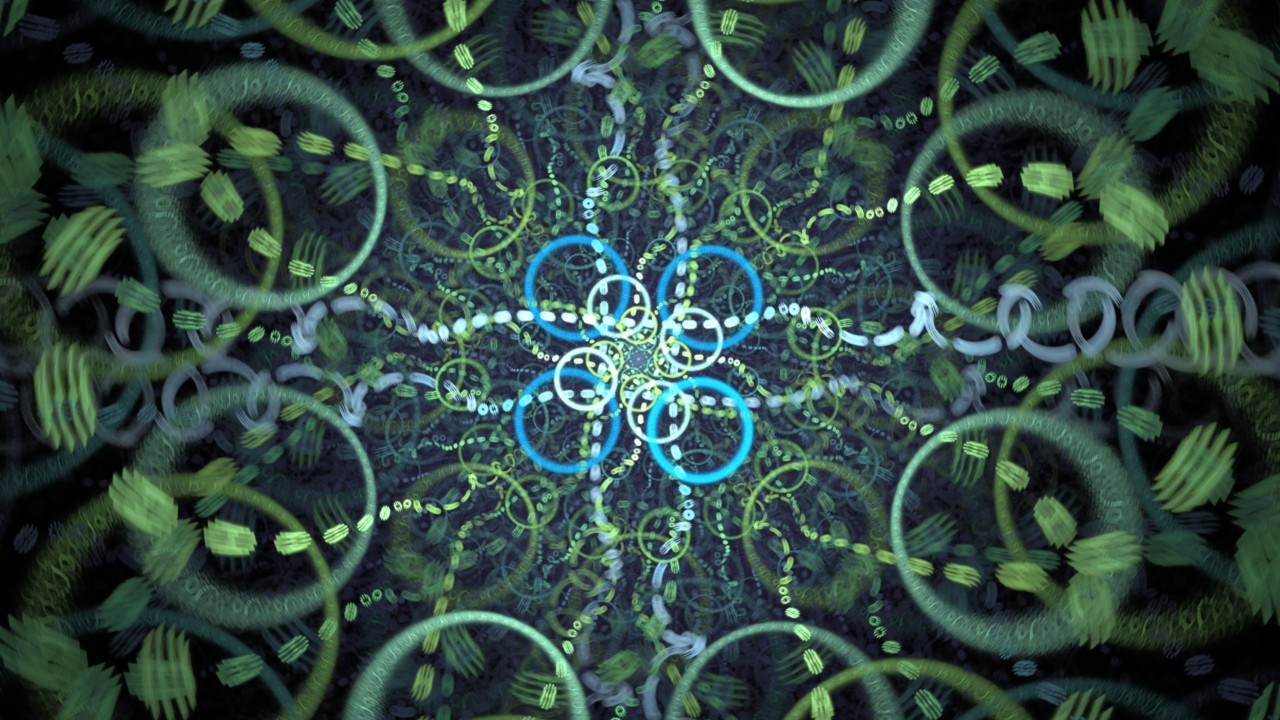 There is an updated version of this post here

In 2012, Ubuntu, a very popular Linux desktop distribution, decided to strike the beautiful Electric Sheep screen saver program from it’s repositories (think app store), apparently because of some licensing issue or other. This decision followed a philosophy of “fat trimming”, striking screen savers and other unnecessary bloat from the default set of installed programs, as we no longer need them to save our CRT monitors from suffering ghost image burns.

Although we no longer need screensavers to keep images from burning a permanent image onto our CRT screens, some users, like myself, still consider them a way to convert our unused monitors from a blank wall of darkness into a nice display of artwork, bringing a splash of life to our offices or our living rooms. The inspired Electric Sheep program in particular was an exceedingly elegant and beautiful choice for this task, and there was no simple path to bringing it back, as there is for any Android device (Via Google Play), Windows computer, MacOS, Ipad/Iphone (Via App Store), and even Apple TV (just do a search in the Apple TV app store). Now, thanks to the ever vibrant open source community, there is finally a simple solution to bring life back to our sleeping Ubuntu screens, and with it a bit of color back to our offices and living rooms.

Inspired by the Philip K. Dick novel, “Do Androids Dream of Electric Sheep?“, this small program will use your sleeping CPU cycles to render small bits of the collective “dream” of every computer running this program. Best to let the artist, Scott Draves, explain his work in his own words…

HOLD UP! Better take a look at the updated instructions, here.

If you know what you are doing, and still want to go ahead with these older instructions… I present:

Step One: Preparing Your System

First we need to remove the default Gnome screen saver program, which merely handles blanking the screen, so open up the terminal and enter in:

..and now update the repository list with our new PPA sources

That’s it, the system is now ready for Electric Sheep 🙂

We have to install both Electric Sheep, and the handy Caffeine program, which inhibits screen saver activity for doing things like watching movies. Simply enter the following into your terminal:

Want to see it in action real quick? Just type electricsheep into your terminal

Now we just need to make a quick edit, and add the following line to the config file at “/home/YOUR_USER_NAME/.xscreensaver" :

You might notice that you can enter in a user name there. You can go and sign up for an account, I hear that there’s special “Gold Sheep” on the way finally here 😉

Finally we want to add a functional start-up option for Caffeine, go to Startup Applications and if these are not there, add in one for caffeine

..and one for the little indicator icon that makes it a breeze to turn on and off at movie time

That’s it! You’re ready to start wondering if you’ve added sentience to your computer! Happy Dreaming!

How about a good read while you enjoy your new screen saver?

If you want to revert your system, simply put these 3 commands in your terminal.

And remove the Caffeine startup entries.