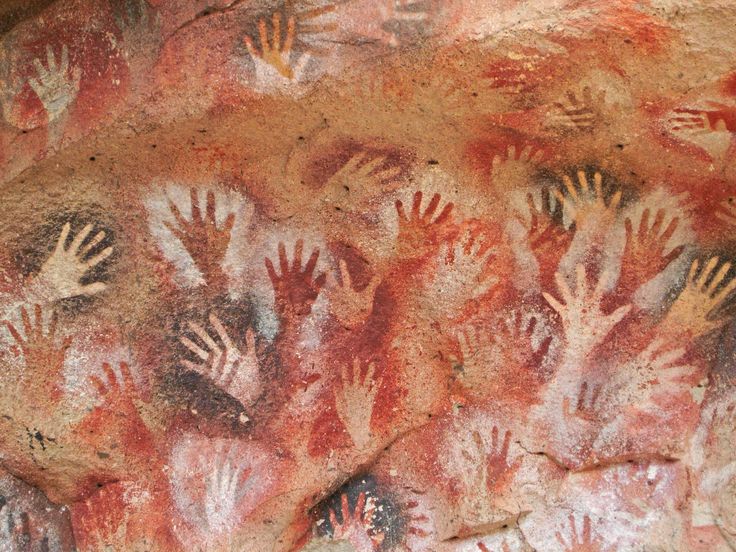 Do you remember what it was like before the internet?  If you’re reading this, I bet that there’s a pretty good chance that you don’t, and I may as well be asking, “Do you remember a Land Before Time?” I remeber a time before the internet, I remember when planning a night out with friends was a project in and of itself which required a certain level of finesse and commitment, rather than the lazy pushing of a couple of buttons. I remember a time when valuable information was available at the library, or from authoritative experts, and not just in your pocket at all times, and when media was something that you had to schedule in, not something that you had to schedule time away from. I remember when connecting to people meant that you had to know about them in advance, not just of them, and when being unplugged was the daily norm; when I left my home, I was only available to my immediate environment and peers. It was a different way of living. Now, you only hear about people living like this as some sort of bizarre social experiment, or as some strange and exotic thing.

Connection in our day to day life was less trivial before the internet, conversations seemed to be deeper and more significant as they unfolded, life moved at a different pace and seemed more precious as moments passed. The internet has given us powerful access to, as Paul Miller notes in the above talk, quick access to so many exquisite and precious moments, but the trade off is that they are always there, and if they are always there, they aren’t so precious any more when we actually experience them. If a thing becomes easy to come by, then it becomes trivial. Paul seems to forget that, while it is true that wherever you go, there you are, context is still the vessel that shapes meaning, and it matters.

Information, in particular highly specialized information, was less trivial as well, the value of knowledge and expertise was more casually distinguished, more respectable, and the news had more impact. Media access in general was less trivial and less addicting, it was held to be more exquisite, perhaps in its rarity. But this isn’t to disregard the grip that information outlets had on society before the internet, and the power that this held. The power of spin and propaganda was potent and easily doled out in that time, but if we’re honest then we see this hasn’t stopped with the internet, it has evolved, and in many ways gotten worse. Romanticizing the internet as some sort of wonderful place where we can share ideas openly without consequence is nonsensical folly.

While the internet has undoubtedly transformed our lives and given us gifts that cannot be ignroed, and while social media in particular has connected us in new ways and given us more avenues of discussion and communication, it has diminished the rarity of life in a very particular way. For all of its innovation, it has trivialized connection and, even worse, as was highlighted by Dr. Newport, transformed connection into a commodity. This commodity is now extracted from you by an addictive vehicle that is designed to not only manipulate your attention, but also to scientifically, methodologically shape your thoughts and feelings, to isolate you into an echo chamber of like minded people that will confirm your every notion, and play to the lowest section of your lizard brain to keep you clicking likes. It hyper-polarizes us and has the tendency to make it seem like our perspective is absolute, and any other perspective than our own is a threat. So while we now swim in an ocean of information, the truth is that most of us are just floating along in highly specialized bubbles. 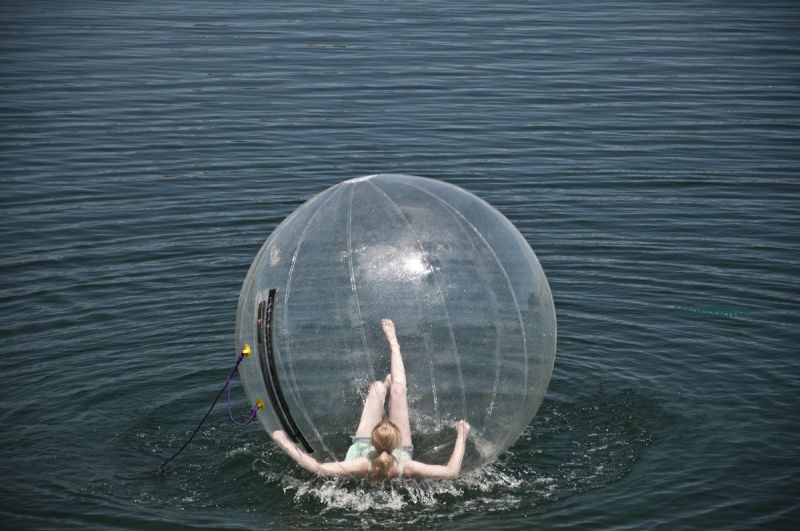 Dr. Newport talks about a fundamental mismatch between our brain’s natural configuration and the way that social media works our brain, that’s on point, but the situation gets a little darker when we recognize that this mismatch is being deliberately exploited by very clever people in order to maximize a corporate bottom line. When you post on social media, you are fueling the fire of propaganda weather you like it or not, regardless of what you post or what you think it achieves. It’s that simple. Dr. Newport makes an excellent point in the light of this, that there is a very real need to display a tangible benefit over the very real, non-trivial harm that social media does to our human psyche, to our state of being, to our happiness. But I will add that we need to display benefit beyond our mental and emotional well being; we need to also balance out the fact that the data that we feed into the machine of social media is actively used against us every day by marketers and governments; further, the nature of social media creates social division due to the information bubbles that are designed to constantly validate us against opposing views. Partisanship has never been so sharp among the general population, and we have never been exposed to so much polarizing content that is perfectly designed to make us feel so right, so casually, so consistently. In the land of social media, we’re all chumps.

The illusion that social media is a force for good, as it was used by the revolutionaries in the Arab Spring, and the Occupy movement, because it can spread data faster than the news networks can, is quickly counterbalanced by the emergence of Trump: what happens when information is trivialized and hyper-polarization is enabled via the same communication platforms that act as soundproof ideological bubbles of mass communication. The stakes just got raised to a richer level, and the people who control the platforms control everything, they are better at the game, because they still own it. There is no safe space on the internet so long as there are centralized platforms that allow us to tailor our information inputs to confirm our biases.

The problem will not go away until people, in general, can be weened away from the addiction to convenience and the self-cherishing attitudes that fuel social media use at all. Controlling the switches of information flow is critical, and I firmly believe that, in order to save the internet as a neutral arena of idea sharing and meaningful connectivity, we have to build our own, decentralized internet, but we have to go further than even this and build our own decentralized social media networks, or just use the ones that already exist, and have existed for some time. This is beginning to happen more and more as people all over the world realize how manipulative and polarizing traditional social media networks are. But this is a slow moving, and uphill battle.

But hard work is what pays off, and change, real change that is meaningful and lasts over time, happens slowly and requires effort. Otherwise it’s just… trivial. This is why Occupy failed to accomplish anything meaningful beyond the easy to appease notion of “being heard”… if all you want is to have a voice that is heard, just go to Facebook. They had a nice din of noise, and people noticed it… but without any real organizing principles… it fizzled, where did the momentum go? If you want change, it takes time, patience, and persistence. People need to invest in the movement in a robust way, and it has to be difficult to gain momentum, else we fall to the maxim, “Easy come, easy go.” That is what viral is. Viral movements don’t hold the weight that they need to survive because, while participation may come at a high cost, the buy in is just too cheap.

What we need, if we are going to use social media as a tool for social justice, or as a tool at all… is a decentralized and federated internet, and a decentralized and federated platform of communication. But that’s not all. We need real exposure to ideas that threaten our own views and shake us to the core, we need to stop being so addicted to having our views confirmed and our deeds recognized. We need real debate and discourse with real humans that we recognize as being human. If we are going to use social media to augment our lives and our push for social justice, we need to open up our feeds to views that we don’t automatically agree with, and to the people that hold those views. We have to do the work of being uncomfortable.

I had a conversation with a colleague regarding an issue that he felt strongly about, it was a difficult and challenging topic. He was of the opinion that the views being expressed by a certain individual posed a real and tangible threat. I agree that the views are repugnant. He was more concerned about the views than the people expressing the views, and believes that we have to shut down the expression of these Dangerous Ideas. Do you want fascism? Because that is how you get fascism. He couldn’t admit that there were real people behind those views, people that have rights, regardless of the fact that we disagree with the views. All he could see is a threat, and he refused to acknowledge anything beyond the mere notion that his views were being challenged. I don’t understand how he could have such a profound disconnect, being threatened by a people expressing views means that there are people expressing those views, and people have rights… but not to my colleague. These people don’t exist, statedly, only the threat that their views represent, and that threat must be stomped out.

How does someone get so immersed in their own view that they literally can’t see beyond an idea to realize the people that express it? Growing up with social media immersion. People are learning how, as Desmond Patton notes, to predict violence before it emerges using social media. There’s a glaringly positive benefit, right? We can do this, argues Patton, and intervene before the violence occurs. Ok, if you can predict that, then what else can interested parties who have more resources and a drive to control the populous predict? Do you want Minority Report? That’s how you get Minority Report, but instead of psychic’s in amniotic fluid, we have algorithms and predictive text scanning.

Ok, I’m being a bit tongue and cheek with it, but here’s the thing, in all seriousness, every advantage to this technology is counterbalanced with a tangible threatening disadvantage, and we ignore this principle at our peril. The thing that we can do with social media if we want to change the world: quit it. Unless we can demonstrate real, lasting benefits that leverage the damage done to our ability to tolerate opposition views, the damage done to our well being and happiness, and the damage done by the manipulation done to us by the companies that own the platforms and all of our data, and the lack of privacy that we have learned to live with as these companies sell our information to ANY interested party, then we have to step back and ask ourselves… why are we using this? Real change takes time, and social media isn’t going to go away, and yes we can leverage those problems… but we have to choose to do so, and we have to do this… yesterday.

5 thoughts on “The double edged sword of social media… we federate or we fail.”