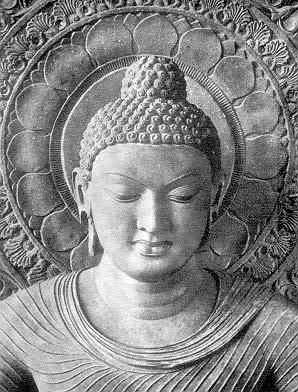 “If you perceive the existence of all things

Then this perception of all things

Will be without the perception of causes and conditions.

And agent and action

And conditions and arising and ceasing

And effects will be rendered impossible.

That is explained to be emptiness.

That, being a dependent designation,

Is itself the middle way.”

The above verse is a rather dense, or concise, explanation of the Buddhist principle of Emptiness in terms of Middle Way fundamental philosophy. The author, Nagarjuna, is considered by many to have expressed what is known as the 2nd turning of the great Wheel of Dharma, or truth, of Buddhist thought. His school founded what eventually launched all of Mahayana Buddhism, which includes the school of Buddhism that is His Holiness the Dalai Lama’s own branch of Tibetan Buddhism, and also spreads out to include Thich Nhat Hahn’s particular brand of Zen Buddhism.

Nagarjuna, as foundational as his work is, can be a head scratcher, for sure. This post takes a close look at what he is trying to tell us here, as it’s understanding is garaunteed to be rewarding, if not merely intellectually entertaining.

How to Break Reality 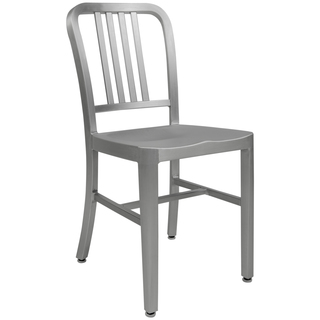 We know, however, that if you remove the characteristics, there is no longer a chair. So, instead of being defined or even “created” by the coming together of characteristics, of causes and conditions, the mysterious, essential chair must somehow hold its characteristics, existing first in essential form from its own side. This “mysterious chair”, is the thing viewed in terms of its essence. It is the spooky chair.

Strictly speaking, no thing exists in that way, but our minds superimpose this kind of extra status to things on an automatic level. We tend to interact with things as if they had some kind of intrinsic value, some sort of intrinsic nature which we can rely on, and call into judgment or discernment. This is what is known as fundamental misapprehension: basically thinking that any person (or phenomena) is an island.

So, that’s the first stanza. Just that essentialism nullifies causes and conditions. From this we can begin to see the meaning behind odd, esoteric statements such as, “There is no chair.” We all know that there is the experience of a thing we call chair, but, essentially speaking, there is no chair, there is merely the coming together of causes and conditions giving rise to the appearance of a chair, and the mind’s ascription of the term chair and all that might mean to us, subjectively.

The first stanza explains that if you view things in terms of the mysterious “characteristic holding chair” then this assumption (which is, incidentally how we view phenomena when operating at default level consciousness) renders all causality and conditionality impotent. It actually leaves causes and conditions behind entirely. This is worth careful consideration, and the second verse does just that, explaining that it specifically leaves causes and conditions behind by rendering them impossible.

That can be easily explained away in terms of probability, or measurable potential. Anything that acts as a cause has lost the potential to act in that precise and exact way ever again. Like a match that has been struck, it has been depleted of the potential necessary to be that exact casual expression ever again. Another action can be relatively close in nature or design, but it can never be the exact same cause twice. Because of this, any particular cause is ever only a cause once, then it loses that characteristic of being a (that one specific) cause… and it is extinguished, strictly speaking.

Following, if a particular 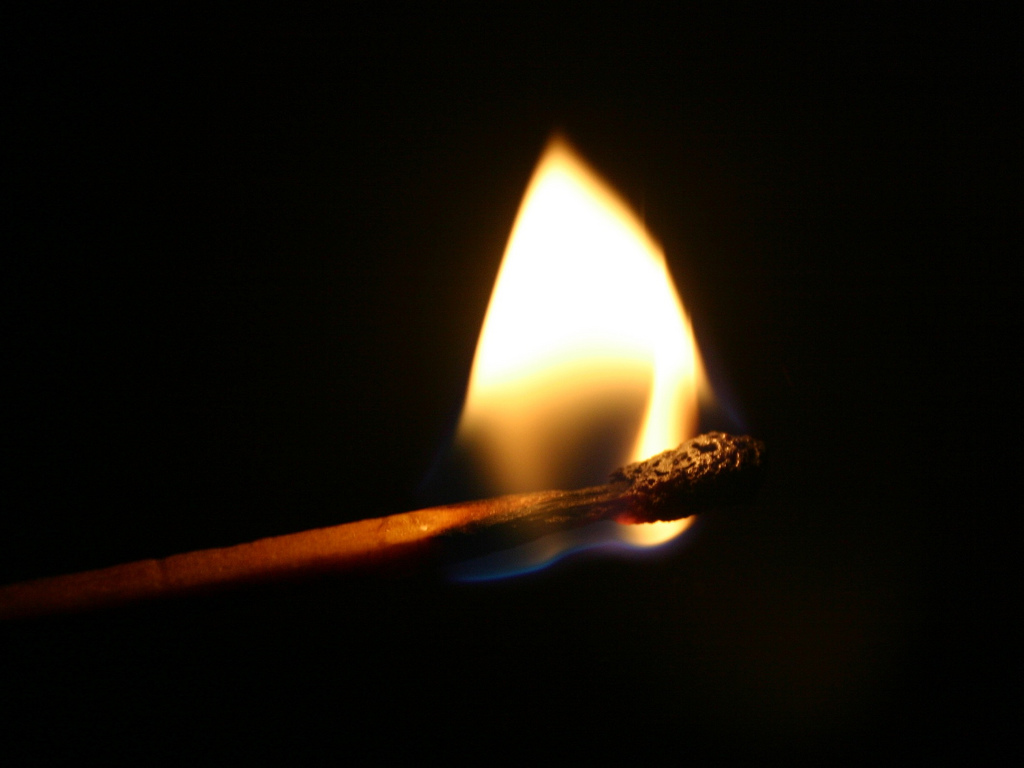 ar cause is viewed in terms of being a mysterious thing which holds its own characteristics and essence, for instance the characteristic of potential causality, then it can never effect change. Once such an essential cause does effect change, it loses its own essence by losing the potential to act as that cause ever again, and if it can lose that potential, then it never was an essential cause to begin with. The absurdity of this logical inconsistency is palpable, such that a cause cannot be viewed in terms of actually being an essential, self-extant cause. In other words, there is no such thing as a cause that is, essentially, a cause. That one might need some time to sink in.

In short, any phenomena, any cause, any agent, action, condition, arising of phenomena of any sort (ie, anything happening at all), and any cessation of any activity or form, is literally impossible if we think that things are essentially themselves. No phenomena exists in a void. Ever.

Bringing it back around we might remember that the default level of consciousness views things in terms of their own essence. So the way that we tend to view things is not only off base, it is literally viewing the impossible as an assumption of the fundamental way that things are. The basic, fundamental assumption which we base everything else off of… is wrong, is not possible, would actually break reality if it were true.

This is a big deal to our everyday experience as human beings, since things being “good” or “bad” is something that is imputed over as an essential quality of a thing. Our experience of suffering, of suffering the goodness or badness of a phenomena, in other words, requires this misapprehension as its foundation.

That covers the second stanza. Just that these set of specific principles are rendered impossible by an essentialist, self-existing point of view.

How to fix what has been broken

Noticing that, so far, Nagarjuna is picking apart essentialism, we can firmly state that Nagarjuna’s Buddhism is realism. It is concerned with how things exist, with what is real, and what makes a thing real. It is concerned with realness, with where the chairness of the chair comes from, with the suchness of things, which is realism. Towards that end the next stanza asks us to consider everything that has arisen in our perceptual experience, everything that has come to be experienced by us, and everything that we are capable of encountering. It asks us to consider all of that which are also the result of the coming together of various causes and conditions, which incidentally happens to be every possible event, since nothing can actually exist in terms of its own essence, as we have already figured out. 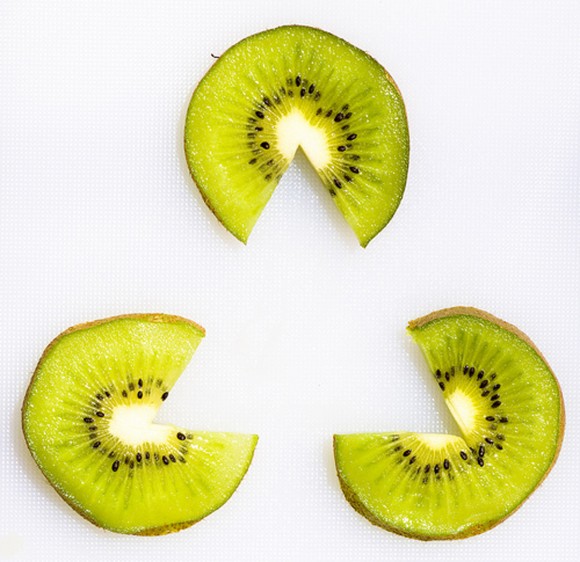 This stanza asks us to consider all of the things that have come together in this way, and then goes on to explain that this type of phenomena, which is all phenomena, is explained to be emptiness, or Sunyata. All phenomena are co-dependently arisen, and all co-dependently arisen phenomena are emptiness. This, according to Nagarjuna, is what realism is. It is the absence of self-essence, the absence of Svabhava. This is the core of Nagarjuna’s Buddhism, the second turning of the Great Wheel of Dharma. It is worth understanding, and understanding well.

This brings us square to the final lines of the final stanza, which state that the declaration of the fact that the so-called chair, or cause, or whatever object we choose to analyze, is emptiness, is itself another dependent designation. As a matter of fact, we can rightfully say that the designation of “chair” to the collection of causes and conditions is itself a necessary condition for the arising of a chair. So all human-experienced phenomena have an aspect of mind to them, are conditioned by mind. Nothing that any of us can say that we have ever experienced in any way at all is without that quality, everything that arises at all is dependently designated, conditioned by mind.

That’s a key point, that phenomena are all conditioned by mind at the most fundamental level, and are thus conditioned into being merely arisen at all. So we can see that if we were perceiving things in such a way that we are misapprehending their essential nature, imputing over an inappropriate essentialism, that we could be really making a mess for ourselves. Turns out we do this all of the time.

This understanding is free of the extreme of essentialism, and free of the opposing extreme of nihilism. Requiring the phenomenal chair to reveal emptiness, we can explain that nothing is actually truly arisen. No essential chair ever breaches over into any sort of essential existence, so it is inappropriate to discuss any nonexistence of the chair as well, it’s not possible for something to have an essential non-existence.

Properly apprehended, claims Nagarjuna, this frees us from all fixation, pacifies all objectification.

It is the most discussed link, as it is the easiest to break, the weakest link on the chain. Thus it is said that if we come to see phenomena as it is, if we learn to see the truth of reality, if we understand the thing which causes us grief, we will cease to suffer. Our suffering will be extinguished, because the true essence of all things is emptiness.

And if we view things in terms of essence… (return to the top).

Nothing truly arises. There is, therefore, only peace. 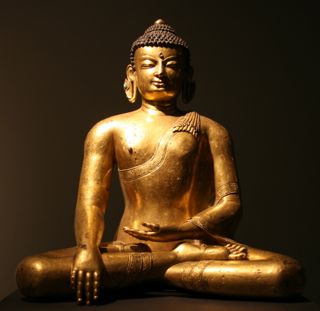 and its cessation as well as the path.” 2

1 From “The Fundamental Wisdom of the Middle Way: Nagarjuna’s Mulamadyamakakarika” By Jay Garfield Chapter 24: Examination of The Four Noble Truths, verses 16, 17, & 18

2 From “The Fundamental Wisdom of the Middle Way: Nagarjuna’s Mulamadyamakakarika” By Jay Garfield Chapter 24: Examination of The Four Noble Truths, verse 40