Language is the vessel of culture, and culture is the context of identity, so it follows that language informs identity at a very fundamental level. Wittgenstein recognized the importance of the role that language plays in informing our sense of the real. He viewed all philosophical problems and inquiry as being based in mere linguistic misunderstanding, describing philosophical language as a ladder, using lower concepts to build up to higher concepts which ultimately render the lower rungs false, incomplete, and ultimately unstable. Wittgenstein proclaimed that, “Anything that can be reached with a ladder does not interest me,” pointing to the notion that the only language that is useful is one that brings you to the truth of the present moment, or unveils that truth, and highlighting the paradox that language is the ultimate ladder, leading us away from, or confounding the basic truth of the living moment.

It should be clear form this perspective, at any rate, how language can be, therefore, either an ultimately liberating framework as the very foundation of all individuality, or the ultimate oppressive force, entrapping less sophisticated victims in a prison of delusion and confused anguish. Weather it unveils or conceals, language, and its products, are always, ultimately, constructs, conditioned by an ever shifting mesh of interconnections which inform the basic fabric of meaningfulness itself. As culture is a vehicle which is constructed via relation, there will always be hierarchies within it, but it is critical to remember that these hierarchies cannot ever be absolute, as anything constructed or conditioned is dependent on causes and conditions.

Examples of hierarchies inherent in any culture are easy to come by, from the teacher/student or master/apprentice relationship, to the basic parent/child relationship, and they are always based on limited and contextually defined conditions. The difference between a wholesome and unwholesome hierarchical relationship is found in the difference in how those relational roles are expressed, weather or not they reflect the fundamental truth of their non-absolute nature. In other words, are they nurturing, supportive, respectful relationships or are they e 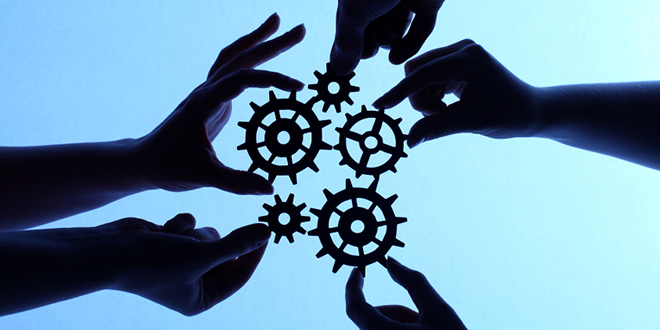 xploitative in their nature, overly focused on power? The role of power is not, in and of itself, problematic, but how it manifests within a relational context can be, if power is the center of the relationship, this is problematic, but if power manifests as a side effect of the nurturing relationship, for instance, then it becomes wholesome in nature, and non-exploitative. Does power, therefore, reflect an individual ego in its expression, or does it reflect the relationship itself, shifting back and forth until it is a shared essence?

When power arises as an issue, it is important to be mindful of weather or not the conditions used to define the relational roles are valid in the context they are being used. In other words, does the base of power make sense in the context that it is being expressed? For example, a master electrician, while a clear authority in a certain context, would be in strange waters if he tried to assert that authoritative power in a plumbers and pipe fitters union assembly. Another example is when a power role is derived from race relations, as we know that there is no valid biological or cultural context where this makes sense, and therefore any power imbalance must shift back and forth until there is no hierarchical power that is expressed in that conditional relationship.

Inappropriate expressions of power within a cultural context are abundant, wealth is often used, for example, as justification for intellectual control or demands over curriculum; popularity of a certain religious view may be used in the same way, or as a justification for the restriction of social liberties of other groups. In both instances, accumulation of resources or mere popularity, power is being wielded hierarchically via influence and force. This is power in its most bastardized form, and where we can delineate clearly between empowerment as the source of true social and individual human power, and the oppressive power of external force and control. Internal mastery or external control. It is clear, therefore, that dominant popular culture ought to be subject to critical attention at all times, especially since the sway of oppressive power need not be deliberate. When a culture is dominant and goes unchallenged or unmet by any significant sub-cultural or counter-cultural force, the invisible domination of culture creates blind assumptions of what is real, and oppression becomes all pervasive, individuals do not necessarily realize that they are the subjects of all pervasive cultural conditioning, and that their identities are constrained by a blindness of that conditioning.

As we live in a pluralistic society, and a multicultural world, a comparative study of culture and analysis of mainstream culture can take the roll of a potent vehicle through which individuals can become free from negative or deleterious mental/cultural conditioning, which may have been blindly applied. When what we see as the universal or absolute is shown to be merely relative, then, and only then, main stream culture participants are able to take control of their cultural identity. Until then, they may as well be automatons, useful cogs in a profit driven machine that has colonized their body and mind. Is this deconstruction of blind enculturation decolonization? If not, it is certainly a necessary foundation. Becoming free from the mind police by deliberately choosing our cultural conditioning is hard work, but necessary and rewarding, for in it we have the potential to finally take the reigns of our own destinies.

It is no question that dominant culture promotes, imposes, and universalizes itself, but it is important to note that it primarily stays on top in modern times not by violently fighting with other cultures, but by absorbing or appropriating them, and when it can, spending them and using them up via propaganda and hype. This process tends to create an image of perfect integration, and suspends assimilation resistance by displaying that alluring image wide and far. A good example of this is how the elite class, expressed primarily as interests in dominant white culture, use pop culture media to appropriate black music and art by idolizing the artist and then capitalizing off it as a new cultural object. This process need not be deliberate, but in a capitalist/consumer society it likely will be. If this is not possible, new cultural interests are merely objectified and assigned degrading roles via what can be described as violent, dehumanizing messaging. It cannot be understated, dominant culture will embrace, use up, and then discard subordinate cultures of interest at its whim.

This view of a blindly dominant cultural conditioning is in stark contrast to a more idyllic culture intentionally based on the aforementioned principles of relational interconnectedness and interdependence, a culture that holds no interest in a permanent center outside of that principle, allowing different expressions to take focus, allowing power to shift in a shared expression of empowerment, while never assuming that any particular expression is absolute. These two views, an engulfing and exploitative culture that uses subordinate cultures of interest as objects and fuel for its whim, and an interdependent culture that embraces all expressions of individuality that hold to the principle of shared power relations, share so many surface conditions that it becomes easy for the mainstream culture to take the advantages of the interdependent cultural model, and mimic them enough to engulf anything that threatens its dominance. As a monolith it speaks to us, “I disarm and intoxicate you when I idolize you, but I will utterly spend you, use you up, and leave you behind.” It is the difference between revealing language and confounding language, between wholesome and unwholesome expressions of power, between liberation and anguish.

The all pervasive nature of cultural conditioning is how we lose sight of the distinction between what is real and what is illusory, due to the subtly of how cultural containers themselves act as cultural messages, due to the limiting effects of language, etc… Remembering the real is simply to remember the conditioned, non-absolute nature of culture and cultural identity, or identity in general. Neither culture nor identity stand of their own right, and therefore must be seen as intrinsically interdependent, this view erodes away at the core deception of a dominant culture’s attempt to universalize itself, and has the potential to be a critical blow to one if its primary supporting functions: if culture is not absolute, then my view cannot be absolute, and the sense that it is, which I walk with day to day, is illusory. If the absoluteness of my view is illusory, then I am free to define myself as I will, to live as I will, to be free. This is the definition of liberty.

Unfortunately mass media has been assertively acting as a force that appears interested primarily in the dumbing down of society to maintain dominant culture, this dumbing down having the ultimate effect of rendering the cultural participants not able to distinguish reality from commercial TV, or simulated reality. Any necessary evidence of this effect can be found in the truth that a reality TV personality has become president. Anyone?

Fortunately, universal truths are, in fact, accessible via careful observation, reason, and discrimination, and we can, regardless of the darkness within which we find ourselves, build up a correct view on universally exportable truths. To make a claim to the contrary is to state a universal truth, and therefore logically invalid. Universal truths must, by definition, simply apply to ALL phenomena. I offer the following truths to act as a remedy to the predicament:

‣ Truth 1: Any conditioned phenomena cannot, by definition, be an absolute (object, identity, truth, relationship, view, etc…), or have absolute nature in any sense, due to its reliance on causes and conditions.

‣ Truth 2: All perceivable or experiential phenomena are subject to causes and conditions.

Because of these two truths, no phenomena is its own individual in any absolute sense, there simply are no bootstraps with which one may pull oneself up with, we exist as interdependent beings. A view, culture, society, or way of life which is carefully built upon these basic, universally exportable truths will insulate and liberate an individual from delusional conditioning. Reification, the insertion of perfect confidence or absoluteness of view or identity of any phenomena will ultimately result in turmoil, either personally or socially. Therefore, a discourse, social language, or cultural dialogue is only oppressive when it reifies itself, or fails to see its own reliance on causes and conditions, in other words, when it asserts its own absolute nature.

Symbols, structures, and identities are useful, but ultimately only when seen as conditional, relational, and necessarily transitory and temporary. Keeping in focus that, at all times, the mind is persistently, continually conditioning every phenomena that presents itself in our human experience presents the notion that all perceived (cultural) phenomena are conditioned by mind; nothing you see is absolute. This keeps us in check at all times.

Building a professional identity based on these principles, I view the professional identity, as any other, as a tool with which to accomplish my goals in the light of the dominant social structure. Those goals are, necessarily, to reflect these simple principles in action in every arena of my experience both personally and socially. Recognizing the interdependence of my identities results in the painful effect of compassion, or being open to the pain and suffering of all others, taking the forefront of my intentional direction through life, which is to deliberately move towards an enlightened society by promoting unity, openness, and humility, and in this way intentionally combating cultural imperialism and the oppression of all pervasive cultural conditioning one awakened mind at a time.

1 thought on “All Pervasive Conditioning: Cultural Assimilation and the Suffocation of Individuality”